This year's Oxfordshire Pumpkin Festival was the eighth in a row, but it was the first one that started in the spring by inviting people across the county to grow their own pumpkins.

Squashing food waste from the ground up

During "Pumpkin Festival Gets Growing" in the spring of 2021, 7,000 squash seeds were given out to 41 community gardens, schools, guide groups and other aspiring growers across Oxfordshire. The open-pollinated seeds were sourced from the Seed Co-operative, a community owned organic seed company. A tutorial video shot at Oxford City Farm gave people guidance on how to grow their seeds for best results, and gave important safety warning such as not to try saving your own seeds for courgettes, squashes, pumpkins and the like as they freely cross-pollinate.

Several groups organised public planting events and seed & plant swaps, for instance during the Good to Grow Day in April. Schools and youth groups used the opportunity to teach growing skills and The Oxford Garden Project gave away seedlings and educated people through Zoom workshops, which pre-pandemic would have taken place in person. 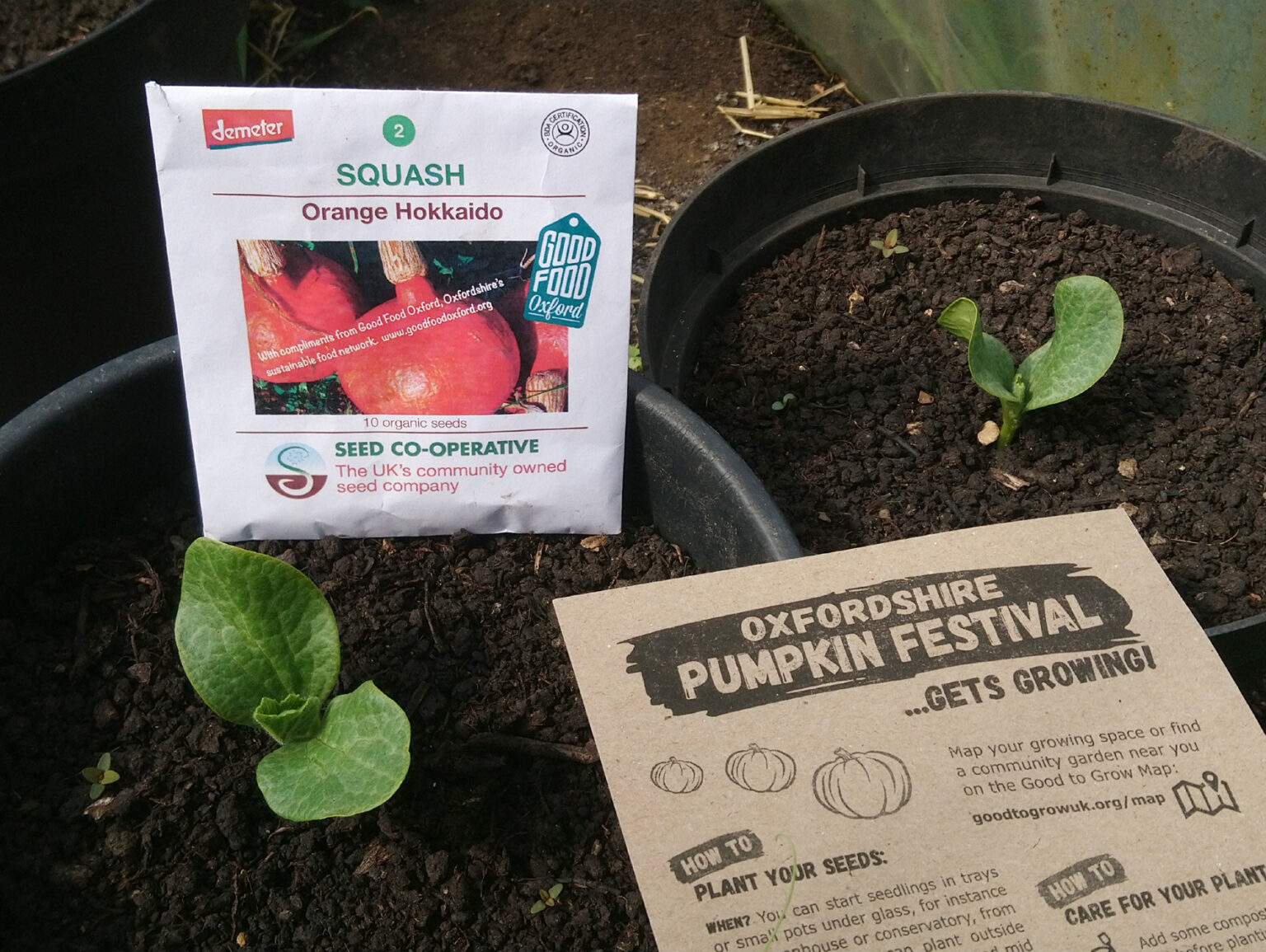 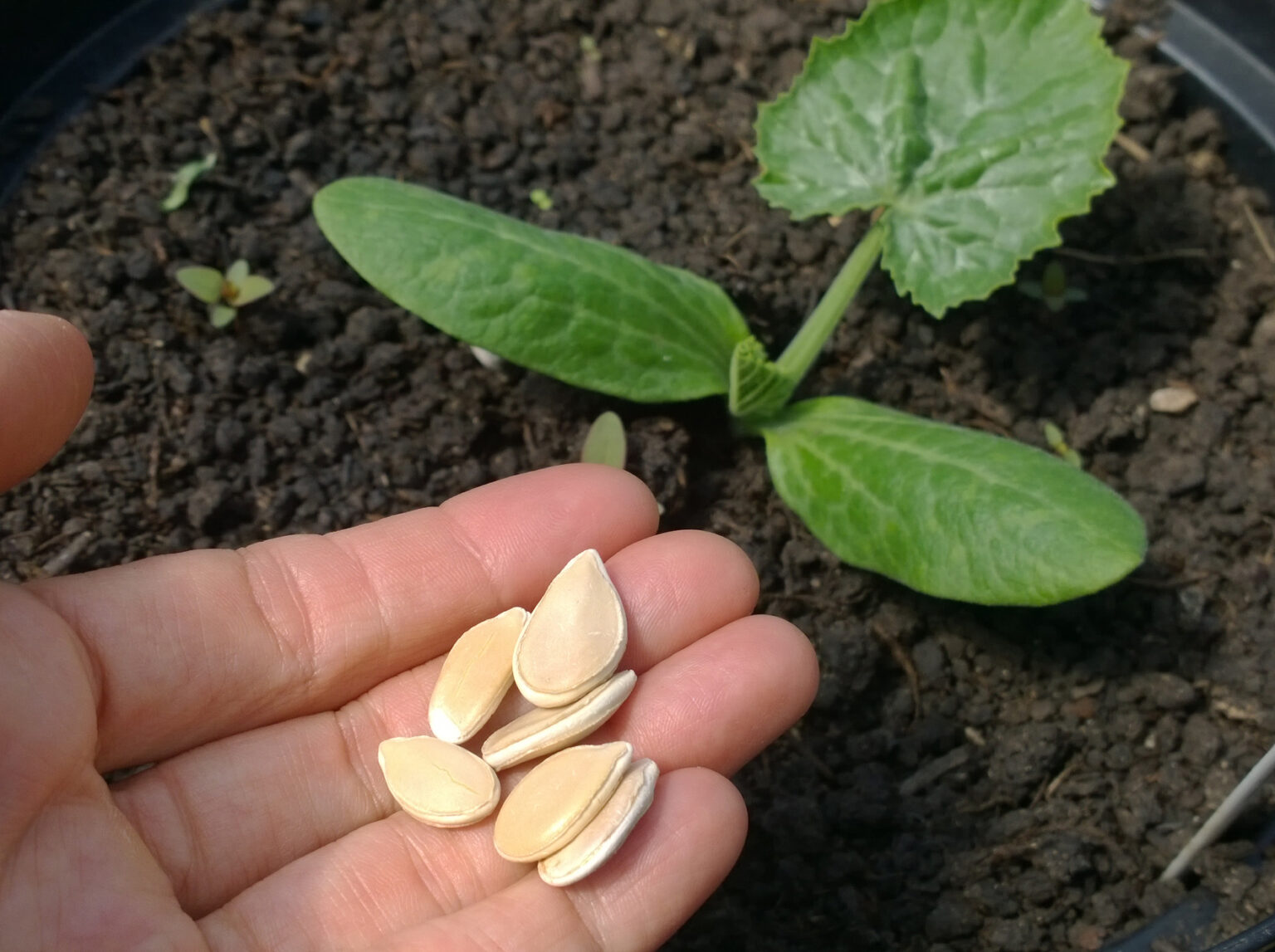 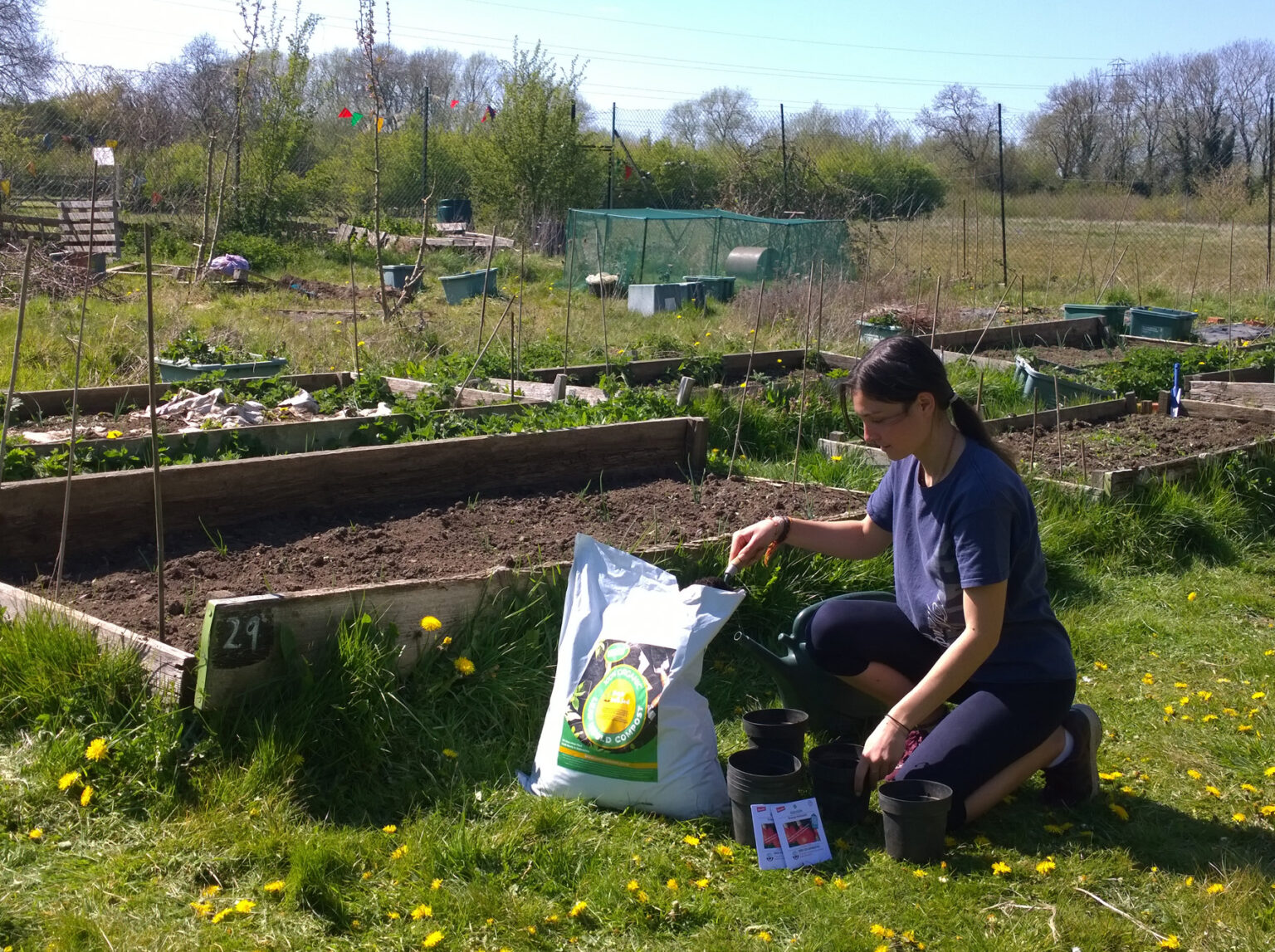 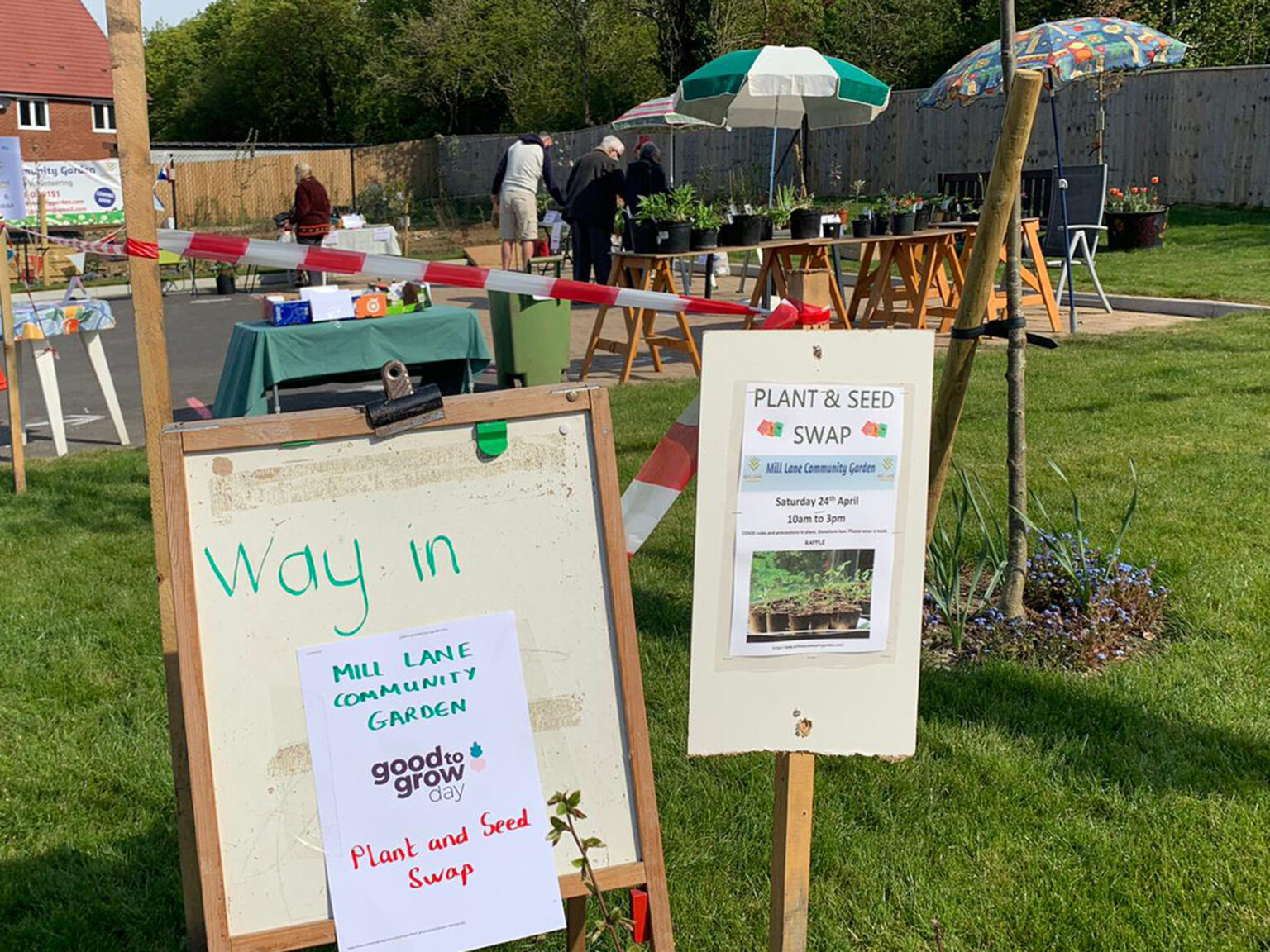 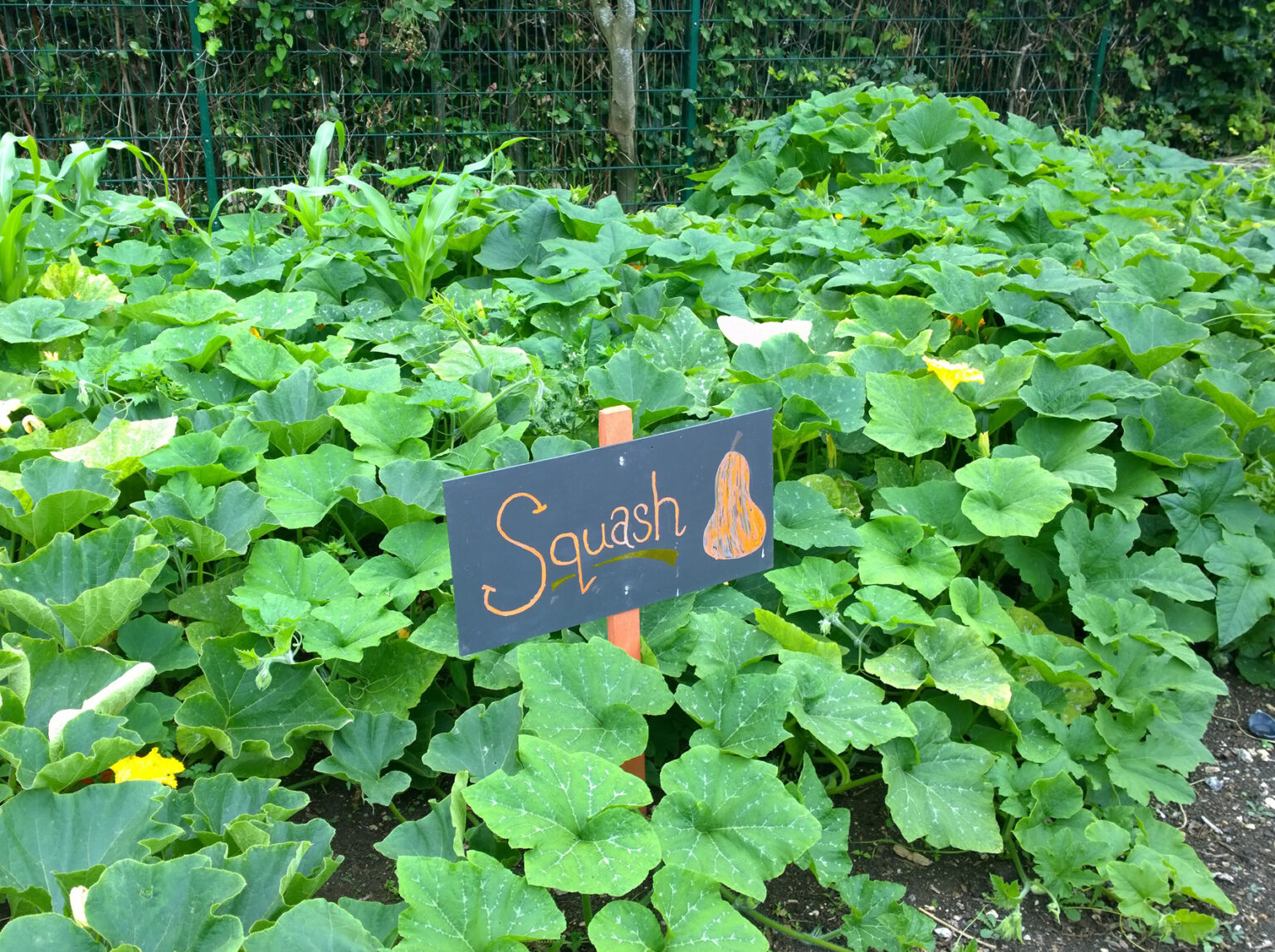 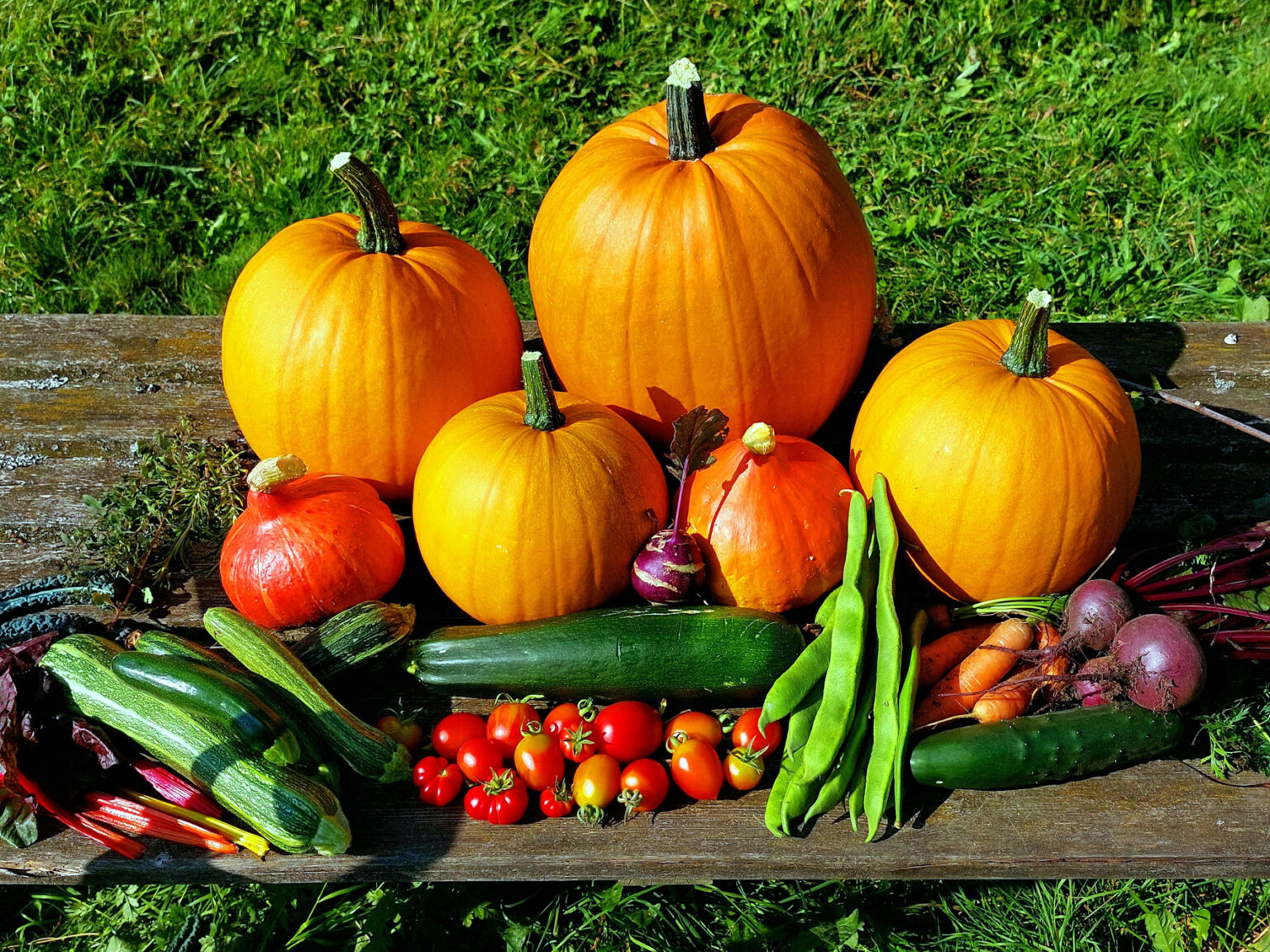 This Halloween, over 14.5 million pumpkins were scarily predicted to be thrown away in the bin – enough to make a bowl of soup for everyone in the UK. New research by Hubbub revealed that 47% of people do not know that supermarket pumpkins are edible. Encouragingly, this is up from 58% last year. But as more people are celebrating Halloween, overall waste is not expected to go down.

By growing their own edible pumpkins, squashes and other veg, we hoped to encourage more people to think of the "gourdeous" vegetables as food rather than mere deco items or toys.

Our network members followed the call to #EatYourPumpkin and encouraged people to minimise waste by cooking, preparing and preserving their pumpkins as tasty treats.

A total of 28 events were organised by 21 groups and organisations across the county. At least 200 pumpkins were rescued and eaten across Oxfordshire, while over 2,000 people took part in various activities that used, cooked and recycled pumpkin treats. An additional estimated 20,000 people were reached with the food waste message on social media.

From community markets and pumpkin decorating parties to themed menu specials and community cook-ups there was something for everyone on the programme. Here are a few of this year’s highlights from the festival programme:

Community growing spaces from Mill Lane Community Garden in Chinnor to Sustainable Didcot and pumpkin festival regulars at Oxford City Farm, Barracks Lane Community Garden and Hogacre Eco Park came together to celebrate their harvests. Gardens were opened for local residents to see where the pumpkins and squashes grow, to get a taste of them or take some home to cook. At Florence Park Community Centre over a 100 people came for a special pumpkin community cafe.

Oxford City Farm harvested a whopping 120 squashes and pumpkins and celebrated them with a squash fest. FarmAbility managed to grow 100 squashes and pumpkins. In addition to getting eaten by the hard-working co-farmers, their crop was for sale at the Blenheim Palace Autumn Festival, with proceeds supporting the charity's work, and donated to other local groups like Waste2Taste to cook with.

Local restaurants and cafes put pumpkins and squashes centre-stage on their menus, including Silvie, Flo's Cafe and The White Hart at Fyfield who have their own kitchen garden. Waste2Taste put on a special pumpkin menu for two weeks and the team supported a community dinner at Ark-T together with Oxford Community Action. Their special menu spooked away food waste by serving over 170 people and saving 110kg of food waste including 30 pumpkins. Well done! 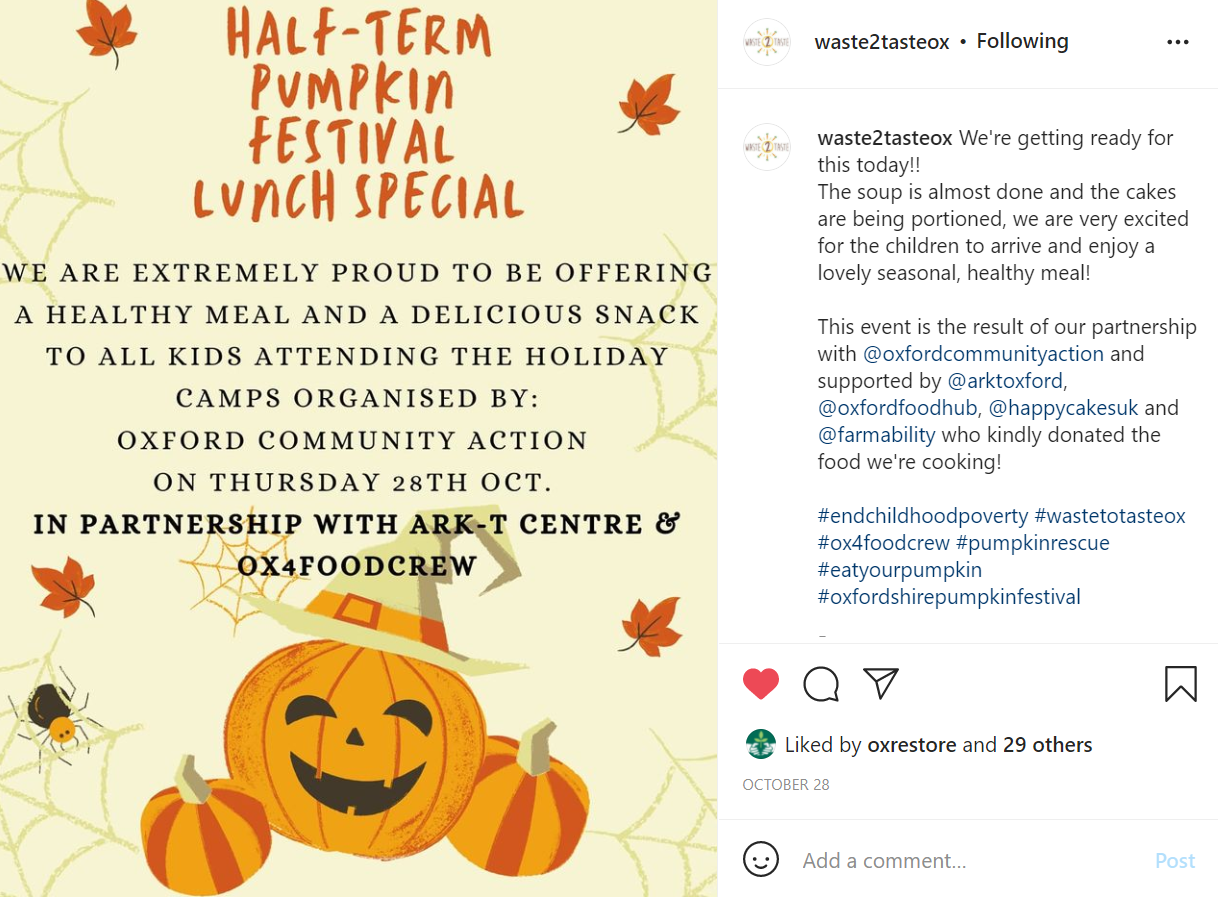 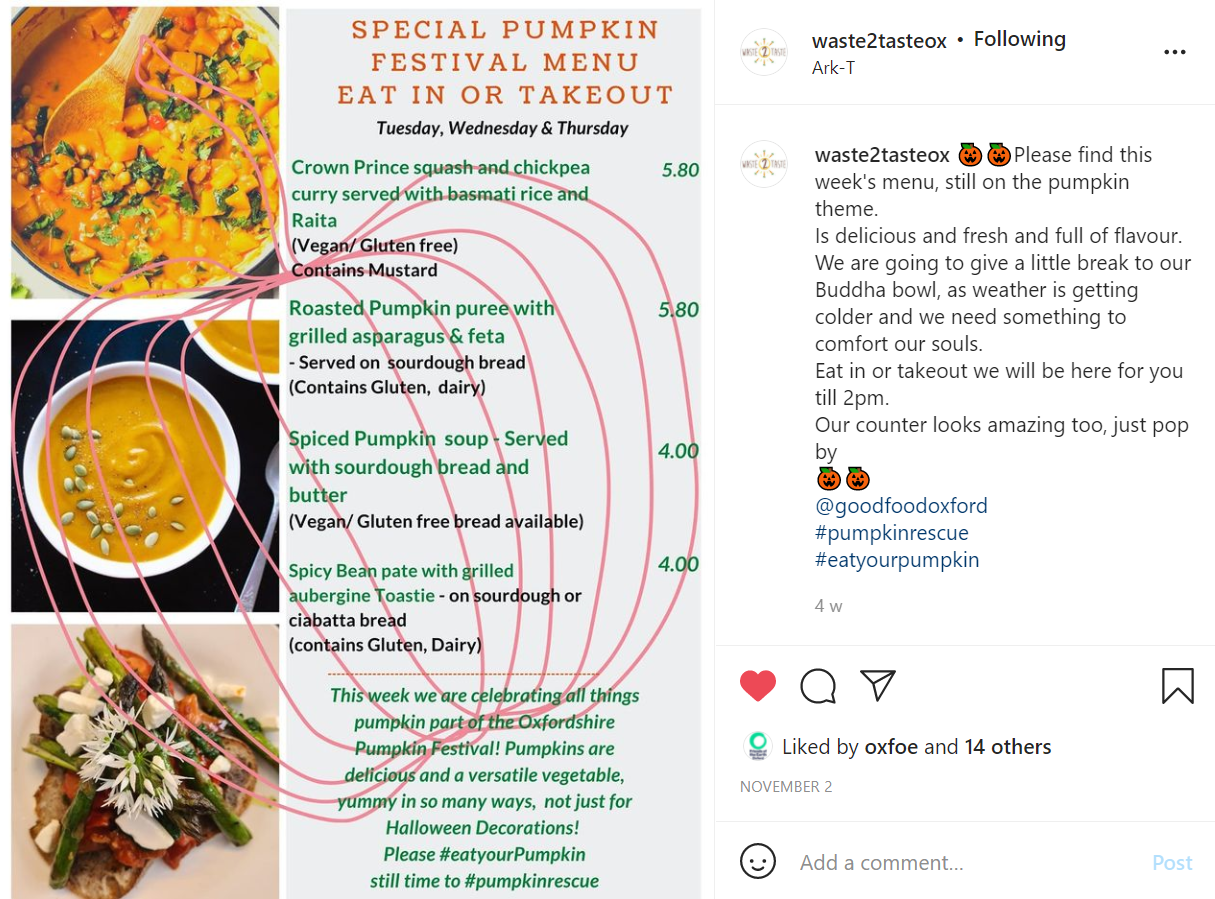 By raising awareness of the value and deliciousness of pumpkins, Oxfordshire Pumpkin Festival draws attention to the scope of food waste more widely and encourages everyone to eat and not bin it. Short of growing your own, we recommend local independent greengrocers, veg box schemes and farmers' and community-run markets as the best sources of locally grown, tasty squashes, pumpkins and other seasonal veg.

Will you grow your own pumpkins next year and celebrate your harvest with us?