A is for Avocado – first of ‘Rot or Not’ blog series.

Guest blog from Master Composter Emma Cooper, one of an A – Z series about composting and making sure as little as possible makes it to the compost heap!

C is for Crumbs 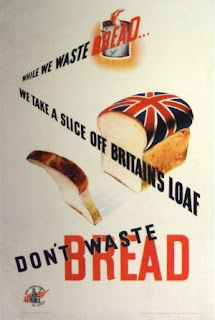 I used to make rather nice fishcakes, from a mixture of cold mashed potato, tinned tuna and sweetcorn. Assembled into rough burger shapes, coated in beaten egg and then rolled into breadcrumbs, they were fried until the coating was crisp and brown and they were warmed right through. Served with a side salad, they were surprisingly filling. A little messy to make, though. I used to make the breadcrumbs specially; these days I’m a bit more savvy and leftover bread gets turned into crumbs and stashed away in the freezer. (The main reason I don’t make these anymore – I really should – is that, for inexplicable reasons, we have less mashed potato now, and I would have to make that specially!)

If you’re not a fan of fish, then of course you use other things. We’ve found chorizo potato burgers to be especially tasty. 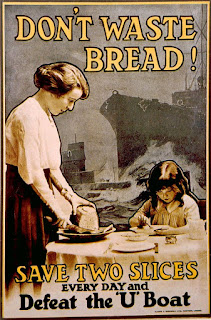 In the UK we waste 24 million slices of bread everyday – enough to lift over 26 million people out of hunger. And that’s not even the worst of it. 34% – 44% of bread produced in the UK is wasted (only half of it in homes). Cereals are lost in the field due to crop damage, cancelled orders and other unforeseen circumstances. Sandwich makers discard the ends of loaves. Retailers dispose of loaves that are damaged or past their sell-by-date.

Why we’re producing bread waste on this scale is a mystery. I imagine every civilization that used bread also developed recipes to use up leftover bread. There are some stunning examples in peasant cuisines from around the world, and this is one area where British food doesn’t disappoint either. When I was a kid my dad (who was the cook in our house) used to turn leftover bread into two hearty desserts – summer pudding and bread pudding – both of which I hated with a passion I haven’t grown out of. But I did love his sage and onion stuffing, which I make myself now, and his bread-based crumble topping is a personal favourite. I keep meaning to try a savoury version for fish pie.

Spanish migas are a classic way to turn stale bread into a meal, and of course who doesn’t love crunchy croutons (baked or fried) for their bowl of soup? Pangrattato is the breadcrumb version of croutons. Combine crumbs with herbs, crushed garlic and lemon or orange zest. Lightly oil a pan and then toast the mix until golden, and you can use it as a crunchy topping for pasta, gratins, soups, salads or anything really.

A River Cottage recipes suggests replacing the nuts in pesto with toasted breadcrumbs, which could be a useful fallback if you suddenly discover you’re out of nuts. There’s also one for marmalade pudding (which sounds intriguing), although my go-to dessert recipe for breadcrumbs would be a classic treacle tart. Which I have never made, despite it being one of my favourites (and so often massacred in the supermarket versions). And if I’m reading it right, this recipe for Saffron bundt cake with pears uses breadcrumbs to stop the cake sticking to the tin!

And I’ll leave you with one more idea, from Nigel Slater, that might be particularly useful at this time of year: fried courgettes with dill hummus, which looks absolutely divine. I don’t know about you, but now I feel I need to buy a loaf just to turn it into breadcrumbs! What’s your favourite way of using up leftover bread?

You can find out more about which cookies we are using or switch them off in settings.

This website uses cookies so that we can provide you with the best user experience possible. Cookie information is stored in your browser and performs functions such as recognising you when you return to our website and helping our team to understand which sections of the website you find most interesting and useful.

Strictly Necessary Cookie should be enabled at all times so that we can save your preferences for cookie settings.

If you disable this cookie, we will not be able to save your preferences. This means that every time you visit this website you will need to enable or disable cookies again.